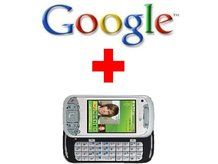 Google Android - in the UK too?

We all know Google's Android is going to be released in the US on the 23 September, and it looks likely to be coming out in the UK on the same date.

T-Mobile said: "T-Mobile and Google have been working in partnership on an exciting project and are set to make a much anticipated announcement in New York on Tuesday 23rd September (3:30pm BST)."

And it's going to be webcast in the UK too! WHAT COULD THAT MEAN?

The new Google Android phone, the HTC Dream, is likely to be one of the main rivals to the Apple iPhone, and subsequent handset launches could improve the OS further thanks to the open-source nature of the platform.

HTC is set to ship around 700,000 of the Dream handsets, and it makes sense some of these should make it over to the UK and Europe as that's a huge number for just the US market.

Either way... it's Google time for mobile handsets! (It'll catch on, you watch.)