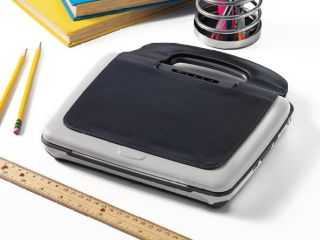 You see all that classroom apparel? That's to show this is a clasroom

Intel could be using the open-source Sugar UI used in the OLPC for their Classmate laptops – according to Walter Bender.

Bender, the former president of the OLPC's software and content and a founder of Sugar Labs, revealed in an interview that the company was working with Intel on the Classmate – its own educational low-cost laptop.

"A community volunteer is working with Intel on Sugar for the Classmate PC. Sugar Labs helped to expedite the relationship," said Bender.

Such a move would be an enormous boon for Sugar – which has been under fire since the OLPC project headed up by Nicholas Negroponte criticised the development process as a weakness after announcing that Windows XP would also be available on the XO laptop.

Sugar Labs has been attempting to refine (ahem) Sugar's development, and if it can count Intel among its supporters the future of the open source project would be assured.