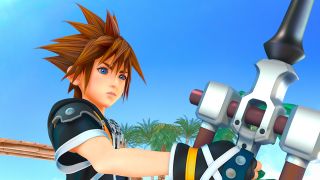 It's official – Kingdom Hearts 3 DLC (downloadable content) is in the works, according to the game's director.

Nomura revealed that the post-launch content will include Critical Mode – an increased difficulty mode for hardened fans – and story expansions which aim to fill in some plot holes that may have some players a bit confused.

When can we expect Kingdom Hearts 3 DLC?

According to Nomura, the aim is to get all the downloadable content out before the end of 2019 before releasing a "Final Mix" which will encompass both the game and all the DLC. While the priority is to introduce free updates, premium DLC will be introduced later.

"I think that free DLC will be issued in the form of additional updates from what I can do, but pay DLC is planning to put out several elements at once as a batch," Nomura told Dengeki Online.

Kingdom Hearts 3 is available now on PlayStation 4 and Xbox One.