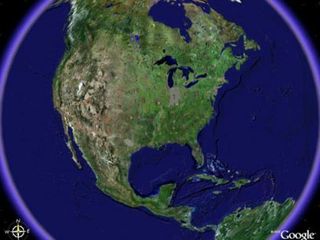 Google has announced it has added a whole host of new imagery from Mars, available now for all to see in its Google Earth service.

The images are taken from the high-resolution stereo camera aboard the European Space Agency's Mars Express orbiter and show off some of the awesome Martian landscape of the planet.

Included in the images are: voluminous lava flow fields from the Tharsis volcanoes Ascraeus and Pavonis Mons; some glacier structures around the Olympus Mons' Aureole; and a good look at the brilliantly titled Orson Welles Crater.

"With these updates, nearly half of the martian surface is covered by imagery having a nominal resolution of 25 meters per pixel," says Google about the images.

"As such, there are many exciting, newly-visible surface features to see."