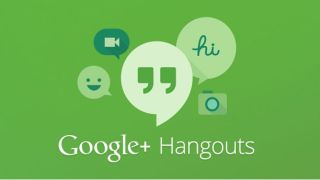 Google is breaking down barriers and opening up the usefulness of Hangouts to more people.

The search giant today announced a new feature for Hangouts chat and video calls, allowing you to invite users to a Hangouts meetings even if they don't have a Google account.

Google believes this will make it easier for businesses to host meetings and video conferences, as long as the meeting organizer has a Google account.

While the person organizing the Hangouts video call or chat will still needs a Google account, once you invite someone to a meeting, that person will only need to click the invitation link to join.

But Google still has security in mind, so organizers will still have control over adding, muting and removing anyone from a Hangouts meeting.