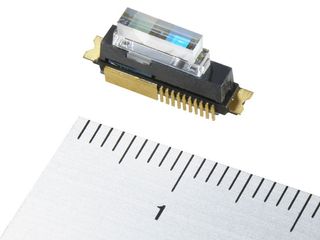 After the inevitable clamour to declare Blu-ray the 'one true' high-definition optical disk format, comes the drive to make the technology more compact and - crucially - cheaper.

Foremost in the hardware race is Sony, which has developed the world's smallest Blu-ray reader/writer module that also happens to be less costly than existing models.

Developed jointly with Nichia of Japan, the new laser unit is just 3mm thick and should help manufacturers miniaturise the hardware in their Blu-ray drives. Sony says it imagines the device ending up in 9.5mm laptop drives sometime this year.

Cost savings come from a simpler manufacturing process that will yield dividends in mass production, while other features include the ability to handle dual-layer BDs and disks with organic dye in the recording layers. Organic disks can be churned out from existing DVD production lines, so it's a win-win situation here.