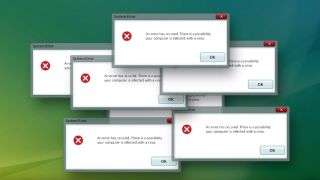 It looks like Google is in a fighting mood, as it’s just released a new video that attacks Microsoft’s Windows and Apple’s macOS operating systems, while claiming that Chromebooks are the only laptops you can rely on.

The video (which you can watch below) highlights a number of annoyances that people have complained about through the years when using laptops running Microsoft or Apple software.

These include numerous error messages, annoying pop-up windows and even the dreaded Blue Screen of Death.

According to Google, Chromebooks are free from all these issues, with its ChromeOS operating system relatively virus-free. It's also constantly updated, so you’re not bugged about downloading updates when you’re trying to work.

It’s certainly a provocative video, and one that may resonate with anyone who has been frustrated by Windows or macOS, but will it be enough to make people ditch their Windows laptops and MacBooks and switch to Chrome? That may take more work.