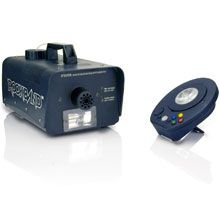 Harmonix, the developer of Rock Band and the original developer of the Guitar Hero series of rhythm-action music games, has reportedly bought itself BACK from current owner MTV/Viacom for a mere $50.

The feted Rock Band developer is set to return to independent status for the typical cost of a videogame, according to All Things Digital.

Harmonix has been sold by former parent company Viacom to Harmonix-SBE Holdings LLC, an affiliate of Columbus Nova, LLC. in a cost-saving move.

According to the Los Angeles Times Viacom apparently told shareholders it would receive a $50 million tax benefit by removing Harmonix from its portfolio, with Harmonix-SBE Holdings LLC now taking on all of Harmonix's liabilities.

MTV owner Viacom acquired Harmonix for $175 million back in 2006, although the decline in sales of music games such as Rock Band in recent years has seen the company now offload the games developer.

Viacom is currently in the midst of legal wranglings with Harmonix shareholders, with Viacom seeking repayment on what it says were excessive payments in 2007, while the shareholders say they are due more cash due to non-payment of bonuses they claims were due on 2008 profits.