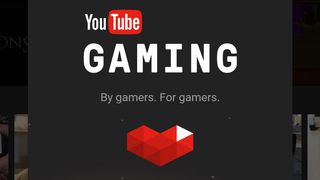 With YouTube gaming rapidly growing in size, there is more competition than ever to create the best content.

It's not just YouTube though, streaming service Twitch is also growing in popularity, allowing anyone to easily broadcast their gaming experience from a PC, PS4 or Xbox One.

In this article I look at why people watch others playing games, and highlight four of my favorite YouTube gamers, ranging from views to work ethic.

YouTube gamers have managed to captivate audiences in a variety of ways. Some are funny to watch and will keep you laughing throughout the video.

In a way it's similar to watching a comedian, but you're at home (or wherever your internet coverage stretches), it's free and at the end of the day, who doesn't like to laugh?

Others are informative and provide reviews and information on both games and the gaming industry itself. This gives you insight into whether to purchase particular games and how to approach games when you load them up, as well as keeping you informed about upcoming titles or developments surrounding the community.

A small portion of YouTubers are just incredibly good at games, and people want to watch them in order to improve their own skills.

Whether that's finding a way to beat that boss you've been stuck on for ages, wiping an extra second off your build order to push you up the rankings, learning a different way to complete a game or finding hidden Easter eggs, there's an awful lot to be gleaned from the pros.

There is truly something for every gamer to watch, and here are four of my favorite YouTube gamers to get you started in your voyage of video discovery.

TotalBiscuit (TB) is a very well-known YouTuber who provides both detailed information and his own opinions for viewers.

He uses a variety of different video formats including the Co-Optional podcast, where he and his friends muse about current games in two hour sessions. TB also uses the 'WTF is…' format to review a game in a concise 30-minute video, evaluating whether it is worth your time and money. He's not the greatest gamer, but I watch TB because he's interesting, informative and funny.

Jesse Cox is another very successful YouTuber, however he is almost the polar-opposite of TB, despite them being best friends.

Jesse is hilarious and has gained his popularity because of his quirky character and interaction with fans. As well as this, Jesse creates interesting and unique theories about different games, such as StarCraft and BioShock.

Northernlion is a prolific YouTuber who makes roughly five videos a day - an insanely high output. He has built his reputation on his quality at games such as The Binding of Isaac and Dark Souls, and manages to be both informative and talk through his tactical choices during games, which many viewers find useful.

He's also been on the Co-Optional podcast with TB and Jesse Cox. His viewership are seeking an insight into the mind of a quality player, who has enough personality to keep things interesting.

Bisnap is another hard working YouTuber, although he is less well-known than Northernlion, even though he has been on the Co-Optional podcast too. He is also incredibly good at The Binding of Isaac, as well as Enter the Gungeon and Borderlands, on top of being a very interesting person to listen to.

Similar to Northernlion, Bisnap's videos are engaging due to his in-depth knowledge of the game and undoubted skills, leading them to attract many hardcore viewers. For his work ethic alone, Bisnap is deserving of more viewers.

Overall, these YouTubers make up only a tiny fraction of the whole picture and there are many more fantastic, entertaining YouTubers out there. There's a whole section dedicated to gaming on the video sharing service - at gaming.youtube.com - where you'll find plenty of action.

I recommend checking these guys out if you don't know where to start, as they offer a wide variety of high quality gaming content, but don't let this list constrict you, go and explore the world of YouTube!