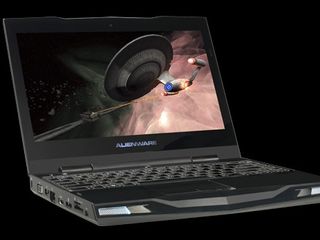 Alienware has just announced a new Nvidia-powered gaming netbook with enough processing power to run high-end PC games such as Crytek's sublime Crysis - still, for many, the benchmark title that sorts the real gaming machines from the try-hards.

Gizmodo was quick to put the new mini gaming machine through its paces and ran both Crysis at 50FPS and Call of Duty at 30FPS, with both games' graphical options set to "High".

Alienware revealed its new mini gaming marvel at CES 2010 this week and, in even better news, also revealed that it will cost US gamers less than $1000, and that it has a battery life of 6 1/2 hours, which lasts about 2 hours during "intense gaming".

Whether or not there is a significant market out there of PC gamers willing to shell out that kind of money for what is essentially a very fast netbook remains to be seen.

TechRadar has contacted Alienware's UK PR for further details on UK release and pricing. And we definitely look forward to getting one of these babies in for review sometime very soon, to really test out those manufacturer's claims on battery-life and performance.

For now, you can check out the new microsite for Alienware's M11X and just drool a little.