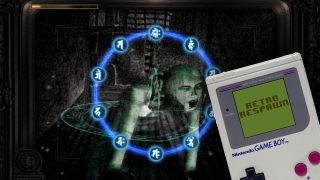 Since we’re coming up to Halloween – and the next installment of this column will land in November by which time I’ll be aggressively wrapping tinsel around anything that stands still long enough – I thought it might be a good time to reminisce over a horror game.

Now, horror games aren’t really my thing. Neither are horror movies. I know I’m missing out on some really great things by eschewing large chunks of a highly influential genre but I just really don’t like being scared.

It’s pathetic but not all that unreasonable. And given that my capacity for discomfort would make the princess from The Princess and the Pea look positively Spartan it’s not all that surprising, either.

There is one horror game, though, that has stuck in my mind for around 16 years, for good and bad, and that’s Project Zero (or Fatal Frame if you're going to be all North American about it).

The only reason I ever played Project Zero in the first place is because it came with my PlayStation 2 console on a demo disc and I had absolutely no idea what I was getting myself into.

Trust me, if I’d known what Project Zero actually was I probably wouldn’t ever have played it in the first place. However, even though it scared me witless, I’m really glad I played it.

That’s because Project Zero is a genuinely great horror game and even though I don’t appreciate actually being scared, I can’t help but appreciate the effort that’s gone into scaring me.

When I first played it in 2001, Project Zero was visually outstanding and a great example of what the PlayStation 2 was graphically capable of. It was also completely new to me as a gaming experience.

Project Zero is a game that manages to make you feel simultaneously isolated and always watched. You play Miku, a young woman who is able to see supernatural events. As Miku, you enter an abandoned mansion to try and find your missing brother. What you uncover is that the mansion has a dark history and is haunted by hostile spirits. It's a typical Japanese horror story.

Your only defense against the hostile spirits is a device known as the Camera Obscura. By taking pictures of the ghosts you damage their health. Fail to deal with them quickly and you’ll find your own health drained.

Project Zero manages to do a lot with very little thanks to its fantastically crafted atmosphere and a clear understanding that something doesn’t have to be gory or explicit to be frightening. More often than not, giving the player’s imagination room to wander will result in a more impactful scare than overloading their senses.

The mansion you explore is suitably creepy and dilapidated. Even when there are no enemies present in a room you feel on edge because they could appear through a wall at any moment, arms murderously outstretched. It’s an incredibly stressful experience but it’s exhilarating and addictive.

In addition to using isolation and quiet to turn your own head against you, a big part of the reason Project Zero manages to be so frightening is that it makes excellent use of perspective change. While you’re exploring the mansion, the game is in the third person. When you use the Camera Obscura, however, your view switches quickly to first person.

This is simple but it really effectively forces immersion by pulling you closer despite the fact that you’ve probably been trying to edge as far from your television as possible.

Its effectiveness is, I think, really apparent when you compare it to a game like Alan Wake. Though I loved Alan Wake's flashlight mechanic, the game’s distant and unchanging third person perspective meant I didn’t have quite the same sense of helplessness as I did with Project Zero.

On my very first playthrough of Project Zero I was home alone and it was the middle of the afternoon but it managed to make me cry. I don’t think I even got 10 minutes into the demo before shutting my console off and running out of the room. I vividly remember being unable to sleep that night because I was absolutely sure I could hear ghosts coming to get me.

I was a kid that had nightmares about the 10000 volt ghost from Scooby Doo, okay? It’s frankly incredible that I voluntarily used a camera after playing this game.

Yet I was enthralled. I wanted to go further into the house and find out the story behind the camera and the ancient ritual. I wanted to be brave and face more ghosts. I try not to dwell on what it says about me that I returned so relentlessly to a game that made me cry.

It’s not that the game looks bad now but it looks nowhere near as realistic as it did in my memory and I'm now sure I can hear someone playing a guiro every time a floorboard creaks.

Despite this, Project Zero is still one of the most tense and frightening games I’ve ever played and that’s because it’s a technical and atmospheric achievement. Part of me would really love to see the game and its camera mechanic cleverly utilized on the Nintendo Switch but it could also be a great match for the rapidly advancing AR technology.