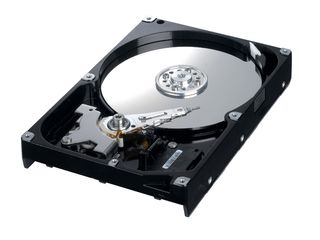 If you've ever been bothered by the whirring of noisy hard disks driving you to distraction while you're trying to work, then fret no more, as Samsung 's newest 7,200rpm desktop drives may have the answer.

The SpinPoint S166 series includes several new ways to improve drive performance, but the noise reduction is sure to draw most attention. The 80GB and 160GB drives include technologies Samsung calls SilentSeek and NoiseGuard that accelerate operating speed and keep noise down.

Although it may seem insignificant, the 15 per cent noise cut could make the difference between a hard drive that can be used in a PC or standalone media centre and one that won't cut it.

The other technologies Samsung seems proud of in the S166 series include a mechanical actuator that helps guard against shock better than previous-generation HDDs and an electronic controller designed to improve power consumption and data transfer speed.

As pricing will be decided per region, it seems likely that the new hush-hush disks won't go for much, if anything, more than similar-sized standard drives when they start to appear from this month on.