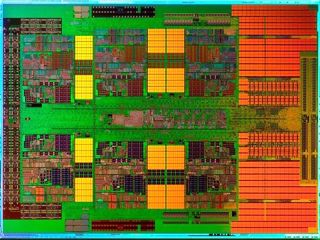 The AMD Phenom II X4 980 Black Edition is aimed at gamers and tinkerers – and to that end the processor is unlocked, allowing overclocking.

The company believes that, when paired with its flagship Radeon HD 6000 series graphics cards and the 8 Series chipset, the setup will offer "an immersive computing experience that provides advanced high definition entertainment and multitasking capabilities."