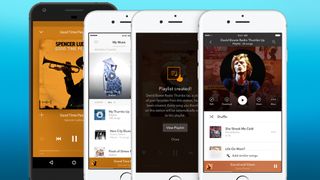 The upsurge in digital music consumption has led to the rise of music revenue growth for the third consecutive year.

As per a new music industry report by MiDuA Research, global recorded music revenues went up to $17.4 billion in 2017 compared to the $16 billion revenue in 2016. Out of this, 43% of revenues were generated by streaming, which is $7.4 billion, a 39% growth year-over-year.

The conventional revenue generating formats like physical albums and downloads have seen a drop of around $783 million, according to the report.

The US specifically became the biggest online streaming market around the globe. As per the report, 40% of the total revenue is accounted for, by the States alone. The report also predicts that the number of paid subscribers is going to reach 90.1 million by 2025.

India in the race

With the launch of Amazon Music alongside the existing Google Play music, Saavn, Apple Music, and more, online music streaming in India has seen a high adoption rate. We expect it to show a speedy growth in coming years as well.

It is also said that Spotify is planning to setup India operations to enter the growing industry. Its arrival will increase the competition allowing Indians to choose between a wide array of music collections.

Not just music, but online video streaming has also seen a rise in the past few years in the country. It remains to be seen if India becomes a major contributor to the growth and how the Indian music industry will be affected with online adoption.