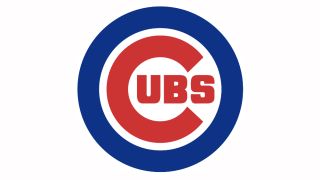 It’s been two years since the Cubs defeated the San Francisco Giants and won the World Series in 2016. Last year they tried to recreate the magic that made them champions but fell short. Could this year’s team, that began the season with Ian Happ hitting a home run on the opening pitch, go all the way?

Following your favorite baseball team throughout a whole season can be quite difficult if you want to catch every game. Even with an expensive cable TV subscription you still might not be able to see all of the games due to MLB blackouts. Whether you’re a cord cutter without a premium cable package or a baseball fan living outside of the US, this guide will show you how you can live stream every game this season on all of your favorite devices.

Below, you’ll find our quick and easy guide to live stream all of the Chicago Cubs games from anywhere in the world.  We’ll point you towards all of the different ways you can legally stream this season’s games in the US and if you’re outside the country we’ll walk you through the process of setting up a VPN so that you can watch Major League Baseball from anywhere in the world.

How to stream the Cubs live online

Stream the Cubs in Chicago, during blackout games and outside the US

If you live in Chicago and don't want to pay for local cable television just to watch some baseball, catching the Cubs live is made very difficult for you. Because the MLB agrees exclusive rights for those stations, MLB.TV can't broadcast as the action happens. You have to settle to watch the game 90 minutes after it ends.

But using a VPN is a handy -and legal - way around this. Once you've signed up to an MLB subscription, grab one of our recommended VPNs and log in. Then use a server in another state and watch those Cubs try to recreate the magic of 16!

Other ways to watch the Chicago Cubs online

Following in Facebook's footsteps, Twitter has the right to live stream an MLB game every week during the regular season. Again, these will be on weekday afternoons. Unfortunately the Cubs are not on the schedule for April but they will be later on in the season.  You can check out the all the upcoming games at live.twitter.com/MLB.

ESPN+ will offer fans a dynamic lineup of live sports, high-quality original shows and films, exclusive studio programs and an unmatched on-demand library. And it's really cheap, costing only $4.99 per month.

When it comes to MLB, ESPN+ features one MLB game each day, seven days per week throughout the MLB regular season. That means it won't be the most comprehensive option for Cubs obsessives. But if you’re interested in following the MLB as a whole and want to catch up with other big games, than this service could be a good fit.

The best of the rest for streaming the Cubs: