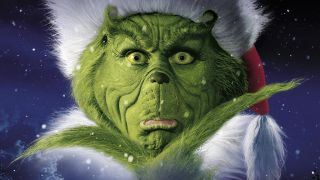 Without the historical or religious context of the holiday, Christmas is usually about sitting in front of a TV with the people in your life, eating too much food, and watching movies. Yeah, there's the gift-buying side of things, but on the day it's really about what you watch. There is a ton of bad Christmas films - most of them terrible rom coms with forgettable names starring unfamiliar actors that never got anywhere near a theatrical release. But naturally, there are a few classics you need to fit in every year, too.

Below, we've rounded up 12 Christmas favorites that need to be on your watch list for any holiday season, from the big obvious classics to a couple you might not have watched in a few years.

These are our choices for the best Christmas movies:

The best Christmas movies you can watch in 2019

Is there any famous story that can't be improved by The Muppets? This remains the undisputed peak of the Muppets canon, an adaptation of the Charles Dickens classic with Michael Caine sincerely giving it his all as Scrooge. Most of the other characters, meanwhile, are Muppets. What's not to love? An essential watch during the holiday period, that captures the spirit of its source material, while blending in the much-loved brand of Muppets humor.

In the US and Australia, you can watch The Muppets Christmas Carol on Disney Plus.

Every year around this time, people continue to ask the very easy to answer question: is Die Hard a Christmas movie? The answer, obviously, is yes. Bruce Willis stars as John McClane, a New York cop who travels over to Los Angeles to spend Christmas with the family he's separated from. While visiting his wife's Christmas party in the Nakatomi Plaza, a group of terrorists take the building under siege, and now, it's up to John to save everybody. A definitive action classic, Die Hard sits alongside Lethal Weapon as one of the best holiday-set action movies ever made.

Will Ferrell is delightful as Buddy, a human raised by Elves who travels from the North Pole to New York in an effort to reunite with his biological father, played here by James Caan. It's also from director Jon Favreau (Iron Man, The Jungle Book), so this isn't your usual throwaway Christmas comedy. Both silly and moving, Elf is the kind of Christmas movie that everyone in the family can enjoy.

Billy Bob Thornton isn't your ordinary Santa. In fact, the guy he plays here is a total scumbag in pretty much every sense of the word – which is what makes him so hilarious when dealing with impressionable children! Things start to change (slightly) when he meets a troubled kid who could do with a role model. Crass and not for the easily offended, Bad Santa is the perfect Christmas movie for people who hate Christmas movies.

The film that (briefly) made Macaulay Culkin a star, Home Alone is one of the most fun and inventive Christmas movies ever made. When the McCallister family accidentally leaves him at home for the Christmas holidays, Kevin (Culkin) thinks his wishes have come true. Though he initially loves that his annoying family isn't around, that joy is short-lived – a pair of burglars called the Wet Bandits have plans on robbing his home, and now Kevin must get creative and booby trap his entire home in order to keep them out.

Home Alone is on Disney Plus in the US.

Starring the legendary entertainer Bing Crosby, you'd be forgiven for thinking that his classic song, White Christmas, was made for this film. In fact, that song was released 12 years earlier, showing just how much of a lasting impact the song has enjoyed since its release in 1942. A wonderful musical comedy for the whole family, White Christmas is the very definition of a classic Xmas movie.

It's a Wonderful Life

Considered one of the greatest films ever made, Frank Capra's It's a Wonderful Life is perhaps the most beloved Christmas movie of all. James Stewart plays a depressed businessman who wishes he'd never been born at all. An angel hears his wish, and decides to show him what life would be like for his family and friends if he'd never existed at all. At once terribly sad and then tremendously heartwarming, It's a Wonderful Life is impossible to dislike.

Loosely based on Charles Dickens' A Christmas Carol, Scrooged sees Bill Murray do what he does best: play a hilarious jerk who eventually learns how to be a good person. While not immediately loved at the time of its release (a large part is due to its humor being quite silly), it has since developed a bit of a following, with people realising that Bill Murray is simply great at this kind of thing. Funny and touching.

The Brits are great at Christmas-set romantic comedies (see The Holiday), but their best and most memorable is arguably Love Actually, which is from the makers of Four Weddings and a Funeral and Notting Hill. The film follows eight different couples living in London in the lead up to Christmas, each with their own love-based entanglements to deal with. A hilarious and sweet Christmas flick. Watch it with someone you love.

Not every Christmas movie is a jolly ol' time! On the contrary, some people want their holiday movies tinged with horror. For those unfamiliar with the folkloric figure known as Krampus, this half-goat, half-demon is like the opposite of Santa Claus, in that he punishes naughty children by eating them. Starring Adam Scott (Parks and Recreation) and Toni Collette (Muriel's Wedding), Krampus does have a slight comedic tone at times, but don't be fooled – this is one scary flick with a killer ending. Maybe send the kids to bed before watching this one!

The stories of Dr Seuss hold a special place in the hearts of many generations, and this adaptation of How the Grinch Stole Christmas is a spot-on take on this classic material. As the titular Grinch, Jim Carrey gives one of his most memorable performances under an enormous amount of makeup and in a huge furry green costume. Though the Grinch spends his time trying to make the citizens of Whoville miserable, a young girl (Taylor Momsen) attempts to befriend this monster to melt his frozen heart. A fantastic and family-friendly Christmas movie.

Jingle All The Way

Largely panned by critics, Jingle All The Way focuses on the rampant commercialism of Christmas in a lot of ways, but it's also an Arnie comedy film from the mid-'90s that's loads of fun. Arnie plays a dad who's trying to acquire a toy called Turbo-Man for his son, played by future Anakin Skywalker Jake Lloyd. The late, great Phil Hartman co-stars as the annoying neighbor trying to hit on Arnie's wife (played by Rita Wilson). It's not a masterpiece, but it has the right amount of silly for a Christmas movie.