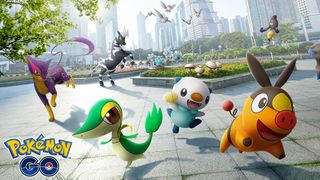 Since its launch in 2016, Pokémon Go has had many updates which have improved and deepened the gameplay experience, keeping players returning past that initial summer heyday. But one area where the game has always lacked is in its sparse distribution of Pokémon and Pokéstops outside of busy cities and towns.

It’s a problem that has caused swathes of fans to turn away, because there’s no chance of catching ‘em all if there’s nothing to catch. But it seems that Niantic may be taking steps to address the issue.

In a recent blog post, the Pokémon Go developer has stated that recently, it’s been “dedicated to improving the experience of Trainers who live and play in areas of the world that may not have as many PokéStops or Pokémon to encounter as others.”

The result, according to Niantic, is that Pokémon are now appearing in more places than before and players who previously encountered little to no Pokémon in their area are more likely to see an improvement. In fact, according to Niantic, the number of locations where wild Pokémon can be found and caught in the game has “nearly doubled”.

Balancing this out, areas of the world which were disproportionately densely populated with Pokémon will now find they’re more evenly spread out.

In a similar vein, Niantic is introducing its Wayfarer tool. Still in its early stages, this tool will make it easier to bring new PokéStops and Gyms into the more quiet parts of the world, hopefully improving accessibility. At the moment, select players in the game are able to review and vote on new location nominations, with winning nominations being added to the game.

Niantic hopes that these improvements will “encourage Trainers to get out there and explore, as exploration is one of the core principles that drives everything we do at Niantic.”

At the moment, the game is preparing to celebrate the festive season with its Holiday 2019 event which kicks off on December 24.