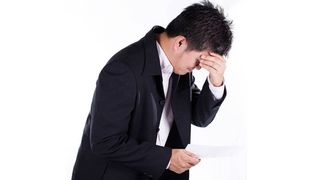 The tech industry is one of the most sought-after sectors for job aspirants, not only in India but the world over. A handsome pay, an exciting job role, and several perks are some of the reasons behind fresh graduates seeking tech jobs every year. But from the looks of it, 2016 is not going to be remembered as a great year for people in this industry, and fears are that the situation may get worse.

Early in the year, an analyst from Global Equities Research, Trip Chowdhry, had predicted that there would be some major layoffs in the tech sector in 2016. In January, he had said that approximately 330,000 people would be put out of work in major tech companies this year. Although the prediction seemed like an exaggeration at the time, the horrors did start unfolding soon with some major names in the industry announcing layoffs by the thousands.

The scarier part of his prediction is that according to the analyst, most of these laid-off employees are not going to find tech jobs again. He cited the reason behind this as- "their skills will be obsolete."

The year is not even over and already there has been a bloodbath with regards to workers getting laid off in the tech industry. Here are some of the most shocking and massive layoffs that 2016 has seen till now, both in India and other countries.

They started the big layoffs for the year by announcing in March that they were sacking 5000 employees. The company said that this was a result of its declining revenues.

The tech giant announced two major job cuts in May and July, firing 4,700 employees in total. The fired workers were mostly from the organization’s smartphone hardware business.

The layoffs are planned to be spread over the next three years, with the company saying that the job cuts are targeted at the “non-revenue generating” areas of the organization.

Another leader in the business, Intel started laying off employees in April, and the layoffs constitute 11 percent of the company’s workforce. This came post a massive decline in their PC sales, with the company saying that these layoffs will save them USD 750 million in 2016.

Recent reports said that the e-commerce giant has sacked the entire tech and product team based in India, apart from just 15 employees who might be moving to the United States.

In July, the company gave 700-1000 of its employees the choice of handing in their resignations or being laid off with a severance pay with a motive of removing underperforming workers.

These are just a few of the instances of major layoffs happening in the tech world in 2016. There are a lot more on the list, which includes another e-commerce company, Grofers—they fired 10 percent of their workforce in June. AskMe let 4000 workers go after shutting down its operations, while GoJavas, which is backed by Snapdeal, gave the pink slip to 1500 employees.

In September, the news of Twitter shutting down its engineering operations that were based out of Bangalore were made public. 20 employees lost their jobs in the process—a number that may be deemed small by the company, but the move definitely spells hard times ahead for the engineers.

Why are such big names in the tech world sacking employees?

With the tech world reeling from constant layoffs within just a few months, the obvious question that arises is- “why is this happening?”. A significant reason is the change of technologies used, and the requirement of people who know how to use such technologies.

Some emerging technologies today include software-defined networking (SDN), 5G, cloud computing, and the Internet of Things (IoT). These changes are making companies rethink their business structure and completely change their way of work in order to keep up with the constant competition. The usual hardware-centric jobs are now having to make way for newer SDx-based job roles across different departments within a company.

The bigger companies face more challenges than smaller, fledgling ones, and this impact translates to getting rid of people who are ‘slowing’ them down. Buying patterns of vendors have changed, and tech companies are under the heat to match up by reinvesting in newer areas and cutting losses. Things have become more software based, and as such, tech employees without these skills have little value for the organization—leading to them getting laid off.

Is the situation going to worsen?

According to Chowdhry, job cuts will get worse as the tech industry has reached a bubble burst similar to the one 16 years ago. He predicts that by March-April of 2017, there may be many more layoffs—not good news for tech workers.

Job recruiters in Silicon Valley accept that hardware engineers are the most hard-hit, as their skill sets become the least attractive in the current scenario. However, they can find work but may need to undergo training and be more flexible in finding jobs.