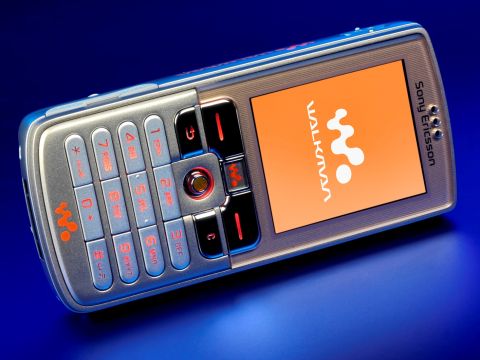 Solid, with a good camera, this is much more than an MP3 player

Sony Ericsson has become a master of combining a multifunction device into something that looks good but also handles well in all of its forms.

The W700i is the latest incarnation of the Walkman in the digital era - but despite the branding you can clearly see that this is much more than an MP3 player.

In fact, from the back and from one of the sides it has been made to look exactly like a digital camera, with a zoom rocker switch, a perfectly-placed shutter release and a flick-open lens hood that automatically fi res up the picture-taking facility.

With nothing hidden from sight, you get a phone that looks and feels like it means business - a real boy's toy, finished in an unusual but likeable 'titanium gold' finish. It also feels reassuringly solid for a GSM-only handset - although the 99-gram weight can't be criticised.

The music player is easily the best out of our four contenders. This is not just because there is a bespoke button that takes you straight to your tracks. Or that you can listen to MP3s without turning on the phone. You have to give marks to the fact that in addition to the 34MB of internal memory, Sony Ericsson includes a 256MB MemoryStick card to get you rocking.

And once again there is the highly-regarded Disc2Phone software in the box, to help you convert your CDs into a suitable file type.

The killer blow, however, is the headset. This is not the usual run of the mill set of cans that are thrown in with such devices. The earbuds fit comfortably - and if these do not suit, there is a choice of alternatively-shaped rubbers that you can attach instead.

A two-part earphone cable enables you to use all manner of third-party headsets, with a standard-sized jack, without any problem. But the supplied headset is music to your ears delivering great audio performance.

And if you like to tweak your sounds, there is a proficient equaliser facility, along with Sony's trademarked MegaBass option for amplifying the beat. Not to be beaten by the opposition, this handset also benefits from an FM radio tuner.

The 2-megapixel camera is also a fi ne shooter. It lacks the autofocus and close-up facilities of other models in Sony Ericsson's range. But shots are well-exposed and nicely coloured - only beaten by the Nokia when it comes to critical sharpness.