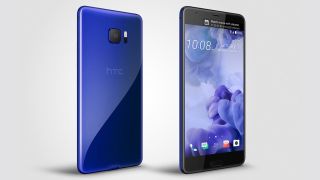 Following on the heels of the well-received HTC 10, HTC has announced that its latest flagship handsets, the 5.7-inch HTC U Ultra and the 5.2-inch HTC U Play, now have an Australian release date of March 8, 2017, with the Ultra available for preorder as of today.

You can preorder the handsets through Vodafone, with the HTC U Ultra available for a $8 monthly handset repayment fee. Customers on an $80 or higher MyMix Red 24-month plan will receive two months sans handset fees.

Customers after the HTC U Play will be able to get the phone for a $5 monthly handset repayment fee when signing up to a $60 Vodafone Red plan over 24 months.

Cash me outright, how bow dat?

If you're not interested in signing up with Vodafone, you can still get your hands on the HTC U Ultra and U Play by purchasing it outright from either JB Hi-Fi or Harvey Norman stores from March 8, 2017.

The phablet-sized HTC U Ultra, which features a small second display for notifications on its face, is priced at $1,199 while the smaller HTC U Play will set you back $799. Customers will also be able to preorder the HTC U Ultra online via the Harvey Norman website.

Customers will be able to purchase the handsets from JB Hi-Fi and Harvey Norman in Sapphire Blue, Cosmetic Pink and Brilliant Black.