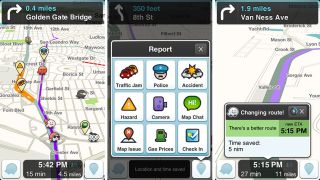 The FTC will probe whether the deal breaks competition rules

Google's billion dollar acquisition of navigation app Waze could be under threat, after reports this weekend claimed the FTC wants to take a closer look at the legality of the deal.

The Wall Street Journal said Google has been contacted by the Federal Trade Commission (FTC) in the United States, in order to reveal its intends to probe the agreement on antitrust grounds.

Google snapped up the community-sourced app earlier this month to harness its real-time data, which brings up to the minute information on traffic, construction, accidents, petrol prices and police presence.

According to the report, the FTC has asked Google to put the breaks on integrating Waze within its own services until the deal has been fully reviewed.

Google's purchase of Waze ended a long period of speculation, which also pegged Apple and Facebook as potential suitors.

Google is thought to have paid $1.1 billion for the Israel-based application, which has 47 million users in 163 countries.