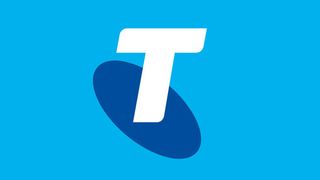 Telstra has finally caught up with Vodafone and Optus in revealing today its international roaming price cuts for data use.

Roaming has long been a sore point for Aussie customers, with the Australian Media and Communications Authority introducing a new international roaming standard for Aussie telcos earlier this year.

Vodafone announced that it would introduce three new Roam Like Home plans that would allow customers to roam for $5 in the US, UK and New Zealand, with more countries to be later included, so long as you stay within your plan inclusions.

Optus then announced that it would be re-zoning roaming countries into two zones to simplify its charges and give customers better prices and understanding of costs across calls and data, as well as introducing $10 a day traveller packs with unlimited calls and texts, and 30MB of data.

Revealed through a Telstra Exchange blog post today, Telstra is the last to announce its data travel packs, and is seemingly the most expensive of the trio.

Telstra customers will be able to activate 30-day data packs either in Australia or on the go to be used in 50 countries.

Telstra is making it a point to note that the data packs will have the same prices across all 50 countries, which include countries like Fiji, Indonesia, New Zealand, Thailand, the US and UK, and users will still receive an SMS for every 20MB used.

Of course, if these data charges are still too high, you could always go with options like Globalgig for data-only.

It should also be noted that Telstra's blog post did not provide any information on if international call charges would remain the same or would also receive cuts.