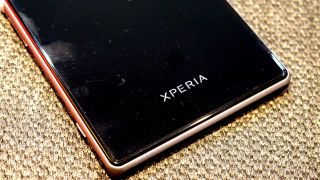 Wil the next Xperia be all screen?

The Sony Xperia Z2 is being tipped for a MWC 2014 unveiling at the end of February, and it may be sporting a super slim design if the latest photo leak is to be believed.

In a typically blurry spy shot which appeared on Chinese forum Digi-woo, a handset which appears to be a Sony device - judging by the app icons and color scheme - seems to show an incredibly slim bezel down the side of its display.

It's not clear how the forum poster managed to get hold of these snaps, and their poor quality throws the whole thing into doubt - but it's certainly not outside the realms of possibility that this is the Xperia Z2.

As you may have already guessed, we're recommending a heavy dosage of salt with this particular leak - but the good news is we're hopefully just a few weeks away from the official Sony Xperia Z2 launch.

TechRadar will be reporting live from the Barcelona event, so stayed tuned for all the latest from the Japanese firm.