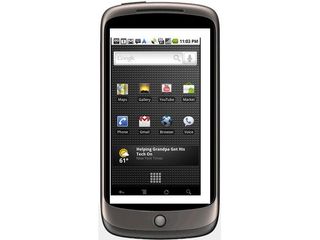 Google planning to sell millions of its Nexus One phones

Google's release of the Android-powered Nexus One phone is apparently a good move, with predictions of up to 6 million phones to be sold in 2010.

The company has built a new business model for the launch of the Nexus One, with the company creating, advertising and selling the phone directly.

This has prompted Barclays Capital analyst Doug Anmuth to state that Google might be shifting 5 or 6 million of the devices, which would put it on a par with the iPhone in the early stages of its life.

This would also make it the highest selling Android phone too, showing that the platform is not only coming of age, but also has the huge weight of a big player behind it.

The Nexus One is likely to cost around £400 on average worldwide, which means Google would be looking at a pretty healthy profit (although it would obviously have to share that cost between its network partners and HTC which actually makes the phone).

It will be interesting to see if the Nexus One is the big hitter for Google, or whether the follow up - the possible 'GoogleBerry' - could be an even bigger smash.