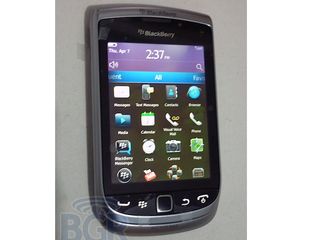 BlackBerry Torch 2: what the Torch should have been?

Both handsets are yet to officially debut and are hotly tipped to launch at BlackBerry World next month.

BGR describes the Torch 2 as "really what the original Torch should have been", praising its higher power and greater spec.

Although it looks just the same, with the same physical dimensions as the original, internally it's had quite the makeover; we're looking at a 1.2GHz CPU, BlackBerry OS 6.1 and a 640 x 480 display.

There's not much more to tell about the BlackBerry Bold Touch, with the site simply saying that the handset looks better than the original leaked renders, the touchscreen isn't bad and that it uses a new battery.

TechRadar will be hitting BlackBerry World in May, so keep your peepers peeled for our very own hands on BlackBerry Torch 2 and BlackBerry Bold Touch reviews.