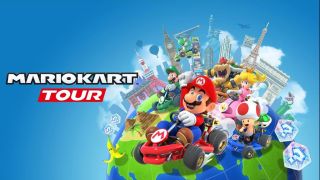 First reported by Siliconera, the PvP beta is now running and will be available until December 27 2019. It is not, however, available for all players.

At the moment, the beta test can only be accessed by players who have a subscription to the game’s £4.99/$4.99 Gold Pass, which offers some in-game items, badges and a 200cc mode. And beta access, apparently.

The Gold Pass does have a two-week free trial period and those on a trial period also have access to the beta, so you could always sign up for that to try the beta out for yourself. If you decide it's not for you, just remember to cancel the subscription when you're done to avoid any unwanted charges.

As this is a beta test, Nintendo warns participants that not everything will be working perfectly; there is a risk of crashing (the game, not your kart), lag, connection issues and perhaps some battery drain. That’s par for the course in a beta—the hope is that all of these issues will be ironed out by the time the full mode launches for everyone. It's worth noting, though, that those taking part in the beta will not be able to carry any of their multiplayer save data over to the full release.

Multiplayer racing is something players have been looking forward to since before the game’s launch, which is understandable as playing against other real people is a definitive and enjoyable part of the Mario Kart experience.

Given this is a limited-time and limited-access beta, it’s not clear when full multiplayer capabilities will be introduced to Mario Kart Tour but it’s likely fans will hoping they won’t have to wait much longer, especially those who were surprised PvP was not available at launch.