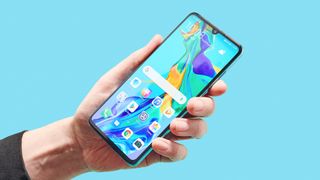 If you were expecting the Huawei P40 price to be cheaper than the cost of the Huawei P30 from a year before due to the Huawei ban, you might be in for a shock. It seems like Huawei might keep similar pricing for its 2020 smartphone.

That's according to leaker @RODENT950 who posted on Twitter what he's heard the Huawei P40, its Pro version, and also the rumored Huawei P40 Pro Premium Edition will cost.

That's compared to the Huawei P30 Pro that started at £899 (AU$1,599, around $1,140) and rose even higher for more storage space. It seems then that unlike the main device, the P40 Pro could be a little cheaper than its predecessor, albeit not by much.

Take this information with a pinch of salt as phones often cost different prices in different regions, so currency conversions are often very rough guesses.

We also don't know if RODENT950's leak is accurate (although typically their information is correct). It's worth bearing in mind the tweet itself specified the P40 prices will be lower, but our conversions suggest otherwise; that could be indicative of the different prices in different regions resulting in some phones being cheaper or more pricey in different parts of the world.

The prices of the P40 series will be lower.#HuaweiP40Series pic.twitter.com/EhMcVMJR7pJanuary 27, 2020

Why the price changes?

The Huawei P40 range is set to launch without Google apps thanks to the Android ban (including the Play Store, where you'd download basically everything you use). We've heard Huawei is moving toward a solution, likely by creating its own mobile ecosystem, but that may not be ready in time for the Huawei P40 series launch in March.

If the phones did launch without Google Mobile Services (GMS) most phone users wouldn't find them much use at all, so we'd expect Huawei to price its phones incredibly competitively to draw in the few people that could live without GMS.

Instead these prices show Huawei could keep the prices the same as before, which might put people off buying them. Bear in mind too that the P30 series of phones have seen price cuts since their release – we'll use our price analysis tool to show you their current prices in your region below.

We'll likely know for sure if RODENT950's pricing is correct around March, as that's when we've heard the Huawei P40 series of smartphones is set to launch. Stay tuned to TechRadar until then for all the latest news and leaks.