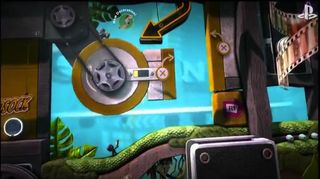 Sony had some tough acts to follow, but it started its E3 2014 press conference, the last of the day, off the right way: with Bungie's Destiny.

After a new gameplay trailer, Sony President and Group CEO Andrew House took the stage to announce a public alpha kicking off May 12 and the public beta's launch date, July 17.

He also showed off a brand new white PS4 console that will come bundled with Destiny in September.

But that was only the beginning, and Sony capped its conference off with the announcement of a PS4 port of PS3 hit The Last Of Us and another big one: Uncharted 4: A Thief's End, starring everyone's favorite smart-mouthed rogue, Nathan Drake, and launching in 2015.

Far Cry 4 appeared as well, and though it's not a PS4 exclusive it does have an exclusive feature: friends can play co-op with you, even if they don't have the game.

Also exclusive to PlayStation is The Hulk in Disney Infinity Marvel Superheroes, a character that will initially be available only on PS3 and PS4, not to mention maps, missions and other content for Destiny.

Sony also focused on free-to-play games, saying there are two dozen coming to PS4 in the next 12 months.

These include Blueside's Kingdom Under Fire 2 and Sony's own Planetside 2.

They showed a trailer featuring these games and others on PS4 and PS Vita, like My Singing Monster, War Thunder and several more.