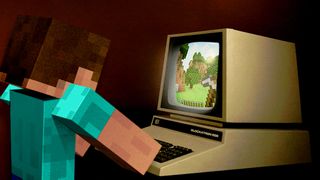 Yeah, yeah, you probably knew Minecraft is huge - but do you know exactly how huge?

It turns out the creative cube builder has sold more than 106,859,714 copies to date, according to Mojang, with 53,000 copies still being sold each day since the beginning of this year.

Not only is the company raking in beaucoup dinero worldwide, but it appears that Minecraft's console and mobile ports have carried most of the momentum created by the original Java hit.

Minecraft: Pocket Edition and console versions of Minecraft each outsold the PC version nearly 2-to-1 in North America, South America, Africa, and the Middle-East. Asia and Asian-Pacific regions purchased more mobile ports of Minecraft than console and computer versions combined.

Mojang also mentioned that Minecraft even had purchasers in Antarctica and that if every Minecraft owner across the globe formed their own nation, it would be the 12th most populous on Earth. That's...a lot of Minecraft.

Despite all this, the mining/crafting phenomenon has yet to dethrone the other best-selling block-based hit, Tetris, which also found ample success across multiple platforms with a reported 425 million copies sold.