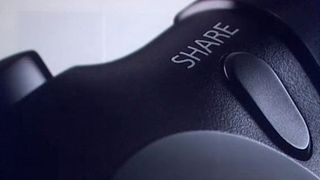 Video editing is about to get serious on the PS4

Sony is getting to roll out the PS4's first major software update to seven million consoles with the v1.70 firmware release.

In a blog post the Japanese electronics firm detailed the new release will introduce a new rich video editor called SHAREfactory. The new tool lets users combine their recorded video clips and personalize them with filters, transitions and themes.

SHAREfactory can also add stickers and user created text messages. Alternatively, users can record their own video commentary using the PlayStation Camera and then splice it in as a picture-in-picture movie.

The new PS4 video tool also comes with some included audio tracks for an added backing music track. What's more users can import their own original music to create a custom soundtrack for their videos.

As previously teased, another 1.70 update tweak gives users the option to turn off the HDCP rotection. Without this restriction the Personal Video Recorders and other recording devices connected to the PS4 via HDMI can finally capture gameplay footage.

Lastly the software update adds the ability to download preordered games up to several days before it actually releases. It's a handy pre-loading feature that PC gamers should be familiar with, which should help gamers get to playing Watch Dogs a bit faster when it finally releases next month.

Sony did not detail when this major system software update will release, but stay tuned to this space as we'll keep you up to date.