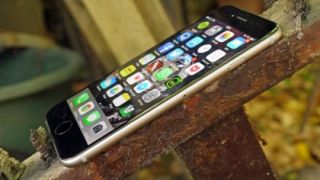 The next generation of software for your iPhone has been announced at WWDC 2019, but those still clutching onto older devices may be out of luck when it comes to snagging an iOS 13 update.

Apple has confirmed that iOS 13 will be compatible with the iPhone 6S and above, which means two generations of handsets which got iOS 12 won't be in line for the next upgrade later this year, spelling the end of their core support from the technology giant.

That means if you have an iPhone 5S, iPhone 6 or iPhone 6 Plus, you won't be able to take advantage of iOS 13 and all its new features, including Dark Mode, improved performance and re-vamped Maps app.

It may be time to upgrade your handset, but if you're not in a rush you may want to hold off a purchase until September, to see what the iPhone 11 has in store for us.

Is you iPhone compatible with iOS 13?

The following iPhones will get the iOS 13 software update later this year.

Will your iPad get the iPadOS update?

Apple has confirmed that the "iPad Air 2 and later, all iPad Pro models, iPad 5th generation and later, and iPad mini 4 and later" will all get the iPadOS update when it releases later this year.

So which iPads are missing out this year, after getting iOS 12 in 2018? Well it's the end of the update road for the original iPad Air, iPad Mini 2 and iPad Mini 3.

The following iPads will get an update to iPadOS later this year.