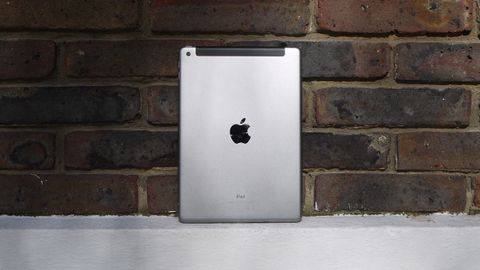 The 2017 iPad may not be the most innovative product Apple has ever created, but it's an upgrade on the iPad Air 2 and this version makes for a fantastic option at an even lower price than iPads of years past.

Innovating in the world of tablets is a difficult proposition, even for Apple. The iPad Pro brought about a new way of working, and a variety of accessories to complement your 12.9-inch or smaller slate – but what if you don’t want those features?

If that’s you, this budget iPad is the device designed for you. It offers a premium spec, a great-looking design and top-of-the-range features, but at a lower price without all the productivity extras tacked on.

It’s much like the iPad Air 2 – the device it replaces in Apple's lineup, which earned a five-star review here at TechRadar, and like that device it sits between the iPad Pro and the iPad 4 mini – but there are a few key upgrades that make this an all-round better tablet.

The new iPad is cheaper than the iPad Air 2 was when it was on sale through Apple’s website. That's noteworthy, as affordable Apple products are hard to come by, especially when the iPhone only seems to rise in cost with each new generation.

If you’ve used an iPad Air 2, you’ll be familiar with the design of the new iPad. This new version is a touch thicker than the Air 2, but that’s barely noticeable considering it’s still only 7.5mm thick, which makes it easy to hold in the hand.

It’s weighs just 469g, so if you plan to carry this device on your commute you should find it light enough to hold onto for extended periods. You may want to use two hands though, as at 240 x 169.5 x 7.5mm it’s not particularly easy to grip with only one hand.

A lot of the headlines have focused on how this is a thicker iPad, but in real everyday usage we don’t think that matters. The iPad Air 2 was so incredibly thin and light that you won’t notice the slight padding here.

The back of the iPad has a metal body that feels smooth to the touch but is still easy enough to grip. There’s no denying the iPad is still the best-looking tablet you can buy, and the rounded corners makes this a gorgeous device to hold in the hand.

We’d recommend buying a case to ensure it won’t get scratched when putting it in your bag though. The metal on the back can easily get marked, and you may also find that greasy fingers will start to detract from the gorgeousness if you don’t rub it down often.

The new iPad is available in gold, silver or space grey – sadly Apple hasn’t seen fit to include a new red version of the iPad to match the new brightly colored iPhone 7 and iPhone 7 Plus.

As on other recent iPads, just below the screen is a home button featuring Apple's Touch ID scanner that allows you to keep all of your data securely stored away behind a fingerprint lock. It’s not particularly easy to reach with your thumb though unless it’s lying down, so we’d usually just use a passcode instead.

It’s a Retina display, which is Apple’s way of saying you won’t be able to notice the pixel quality as it’s so high. We’d agree with Apple on that fact, and during our time using the tablet we found that everything we watched looked beautiful.

The screen is particularly bright too – especially compared to, for example, the original iPad Air – and this gives it a great advantage over a lot of the tablet competition.

The screen size is particularly notable on the new iPad too. The iPad Pro 12.9 is just too big for comfortable everyday use, and Apple has got the size just right here – large enough to view content easily, small enough to use comfortably.