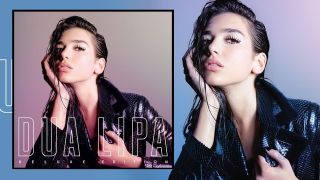 You want a side helping of pop star with that cut-price portable battery pack? Then Amazon Prime Day will have you covered. To promote the online retail giant's annual price-slashing bonanza, Amazon will also be hosting a star-studded concert alongside its deals.

The concert will take place on July 10, and will stream for a limited time beginning the following day, in advance of Prime Day 2019 across July 15 and July 16. It will include performances from Dua Lipa, SZA, Becky G and megastar Taylor Swift as its headliner.

Amazon Prime subscribers will be able to stream the shows in 200 countries through the Amazon Prime Video service, with the festivities kicking off at 9pm ET on July 10. Not a member yet? Get a free 30-day trial today, which will see you right through the event.

If you're saying to yourself, "IDGAF about deals, I just want to watch TV," well, then Amazon Prime Day will have something for you too.

As well as the gigs, the live stream will include preview for Amazon's homegrown shows, with teasers for Jack Ryan, Marvelous Mrs. Maisel, Carnival Row, The Boys and Undone.

In addition, there will be opportunity for those that have yet to try the Amazon Music Unlimited subscription service to get the music streaming offering for an introductory .99 cents per month for four months in the US.

So, a bit of entertainment to accompany your hunt for the best possible deals then – a win for those out there who aren't fussed about sales too, so everyone's happy.

To get you in the mood, here's Dua Lipa's Lost in Your Light,  the best pop song of the last few years. Fact.