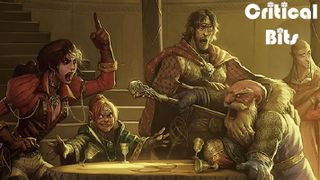 Stop me if this sounds familiar: you’ve geared up for how to play D&D online the right way and you’ve been in a few games already, but your 4th level gnomish bard’s boisterous performances just aren’t getting the reception you hoped they would.

Or, say you’re a Dungeon Master (DM) who wants to get a more emphatic response out of your players when presenting them with the telltale monologuing of the campaign’s archvillain.

Either way, what you want is better role play, drama and story out of your online tabletop game whether you’re a player or a DM. Naturally, like a deus ex machina plot twist that saves the party from certain doom (i.e. one too many beholders), I’m here to try and help with that.

[Editor’s Note: This column entry assumes that you, the reader, seek quality role-playing out of your tabletop games, which may not be the case. Regardless, I urge you to read on, as most of these tips will apply to most, if not all, styles of online tabletop games.]

Here are a few tips for how to role-play better online for richer characterizations and, ultimately, better in-character experiences with your fellow players and your GM’s world:

Make eye contact with what, the webcam? Exactly. Frankly, if you went through the trouble of buying and setting up a new webcam, why wouldn’t you? But, in all seriousness, I know how hard it can be to maintain eye contact while speaking into a webcam – I do it almost everyday for work.

Looking into the camera as if you’re making eye contact is tough, especially if your webcam isn’t placed directly above or below the screen you’re looking at. However, if you train yourself to look into the webcam while you speak – whether in or out of character – you will have a much better chance of garnering the attention of your fellow players.

This technique works especially well with video chat tools that put the current speaker in focus, like Google Hangouts. Imagine your face broadcast in the center of all your fellow players’ screens as you scream obscenities into it before flying into a barbarian rage.

Now, I get that between this tip and the former don’t account for specific character quirks, such as characters that aren’t comfortable with eye contact or tend to mumble a lot. But, frankly, those type of characters aren’t going to work super well in an online tabletop game, unless you're clever.

In the meantime, I’ll say that enunciating your words when speaking either in or out of character – but especially in character – is crucially important. Have you ever issued some incredibly moving, dramatic monologue when receiving the ancient sword of your ancestors in an austere ceremony, only to have your GM ask, out of character, “I’m sorry, what was that last part?”

So, to avoid moments that leave your immersion bleeding out on the tavern floor, so to speak, remember to speak clearly and at a pace that everyone at the digital table can understand.

If you’ve played tabletop games before jumping online, you’ll know that so much of role-playing happens in what the players don’t say, but what they emote at the table. A disgruntled dwarf raises his arms and slaps them at his side in disgust. A human soldier salutes his superior with respect.

These sorts of in-character gestures and movements shouldn’t die off once you start a game online because the players aren’t in the same physical space – use your voice to fill in the gaps. While you’re speaking in-character, don’t hesitate to throw in asides out-of-character to demonstrate what your character is doing while he or she is speaking. Here’s an example:

“‘I just don’t think we have any hope of stopping this orc onslaught without another ally’, and Dragnar the dwarf strokes his beard inquisitively.”

Just peppering your in-character dialog with these sorts of asides can, in the long run, add so much more to your character’s depth without hogging too much air time or getting in the way of your character’s own dialog.

The power of silence

Your mileage may vary with this depending on the type of character you’re looking to role play, but do not underestimate what your character’s silent pauses might imply about him or her. Especially in an online setting where crosstalk is a much bigger concern, silence can sometimes say more than you or your character could otherwise.

Imagine being met with the archvillain’s reveal of his or her master plan to take over the world, and the rest of your comrades are yelling and screaming at the enemy, yet you remain silent, unphased by his or her infernal proclamations. That might move the enemy to engage with you more than had you joined the cacophony.

GMs, don’t hesitate to abuse this in an online setting too. When a player announces a challenge to your villain’s master plan, his or her brief silence could do more to instill fear in the players and their characters than had you chosen to retort. Of course, you should immediately follow this up with some sort of punishment for their insolence – they’re a villain, for Bahamut’s sake.

Both the easiest and most difficult way of standing out in an online tabletop game is to adopt a unique character voice. While I could spend likely an entire column entry on this, and probably will later, I’ll say just a few things here about character voices.

For one, I personally love them and try to squeeze in as many uniquely-voiced characters into my non-player characters (NPCs) as a DM and player characters (PCs) alike as possible. Secondly, you don’t have to be an actor to pull off a character voice – you have to be fun and consistent, that’s all. Thirdly, you only have to go so far as your comfort level would allow, but try to push your own boundaries.

(Bonus: if you’d rather not bother trying to come up with your own unique character voices, of course technology can save you. Try out apps – like the free MorphVox Jr. or its paid Pro version, or this free Skype voice modulator – to do the heavy lifting for you.)

Finally, make sure that your group and DM are on the same page about character voices, so that you have the trust of your group before donning a new voice – it’s always a vulnerable thing. Ultimately, unique character voices can be difficult to pull off, but will easily help you stand out from behind the webcam, ensuring your character’s voice is heard.