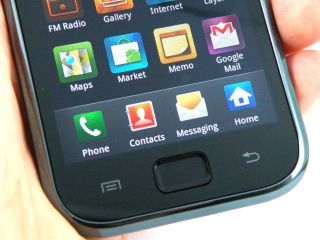 Samsung has used the medium of Twitter to confirm that its flagship phone, the Samsung Galaxy S, will indeed be getting an Android 2.3 Gingerbread update.

Two tweets came from the official Samsung Mobile India Twitter account, which were sent in response to queries by two Galaxy S owners.

But now it's confirmed that the update will come, the only fly in the ointment could be a European launch delay - we're working on finding an answer on that for you.

This double confirmation will excite Galaxy S owners as much as a double rainbow, given that there's decent new features in Android 2.3.

Features include better use of the gaming technology inside, an improved keyboard and a decent of copy and paste.

There's no UK release date for the Samsung Galaxy S Android 2.3 Gingerbread update, but we'll keep you posted as soon as we get a visit from the Google gingerbread man.