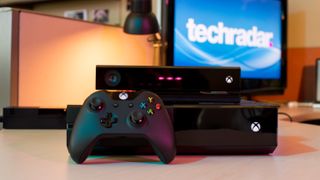 OneGuide is now available in the UK - should you adopt it?

Let's face it, the Xbox One console was designed first and foremost for American gamers.

The USA is Microsoft's home territory and the 360's biggest stronghold, after all, so you can see the logic in getting the basics right with a core audience before branching out.

That's especially so given the practically-beta nature of the Xbox One console on launch.

That's not much consolation for keen Xbox gamers in the UK though, of course, who had to put up with an unpublicised lack of 50Hz/PAL support and the complete absence of one of the Xbox One's unique selling points - the OneGuide.

That's all over now, though, with PAL pass-through support well and truly added. And now that the OneGuide is up and running too, we've re-reviewed the Xbox One console and tested the UK OneGuide features with the help of home ents guru John Archer.

So is the OneGuide all it's cracked up to be in the UK? Does it work and is it worth having a play with? Well the short answer is that it's probably not the killer feature you were hoping for. But as we'll see, there's potential there for Microsoft to create something quite special. Hold that thought.

The good news is that with the most recent update, your Xbox One console is now compatible with Sky HD, Virgin Media, BT Vision, and most Freeview and Freesat boxes. That means you can plug your set top box into your Xbox One 's HDMI-In port to finally make full use of its TV pass-through features.

It effectively allows you to watch TV without having to touch your set-top box or any remote control. In theory, you can now walk into your dark living room, turn your TV and Xbox One on and start watching TV all without touching a remote control, a gamepad or even without opening your eyes.

What it can't do is use your TV's built-in Freeview or Freesat tuner - you need a separate box.

The Xbox One uses the OneGuide to sort channels and programmes instead of your box and platform's own EPG, a one-stop shop approach that immediately smells of disappointing compromise.

It means you won't get your service's full range of features - you won't be able to set programmes to record, for instance, without entering the device's own EPG and picking up its remote control.

If you're rocking a Freeview or Freesat box with YouView or Freetime features, they'll be gone too. That will be an immediate dealbreaker for some people.

Still though, what you are able to do is browse channels, add favourites and launch programmes very easily.

It works best using the excellent Xbox One gamepad and/or your box's own remote. Microsoft wants us to believe that you can talk Kinect through the whole process, turn your TV on and off and put the World Cup on without even reaching for a controller. But the first time you attempt this you'll realise you're asking for trouble.

Kinect is simply not good enough at understanding speech to be relied upon in this way. If you've tried using Kinect voice commands for anything at all you'll know the frustration.

There's only so many times you can repeat the same command without flipping out and hitting something. And all that for a task as simple as switching to BBC Two for Springwatch.

As @MarkW2000 pointed out to us on Twitter, you can also use the SmartGlass smartphone app to control your channel browsing, effectively doubling as a remote control. It works really nicely, but it's still no match for most box's own solutions - the Freesat iOS app, for example, is fantastic by comparison.

The OneGuide is, though, very good at learning your viewing habits, working out what you like to watch and providing you alternative viewing options.

For instance, if you tune into a half-elapsed episode of Star Trek: TNG it'll tell you that you could instead catch the whole episode on your Netflix account, which it knows you have, so you don't have to miss the start.

You'll discover a lot of helpful features like this the more you use OneGuide, but are they enough to persuade you to put up with the various drawbacks?

The problem is that the OneGuide is very much set up for an Xbox-centric household. If a family member isn't a gamer, they're simply not going to like having to use the console to catch up with Storage Wars on Dave ja vu. And again, that will inevitably lead to these features going unused.

It's for that reason that I can't see the OneGuide being adopted on any grand scale in the UK. Whichever way you slice it, it's an extra layer of complexity for what should be a very simple activity.

A glimmer of hope

That said, don't write the OneGuide off just yet. Microsoft is still tinkering and building improvements and there's a glimmer of hope on the horizon that could make OneGuide worth sticking with. That comes in the form of apps.

Created for the FIFA World Cup, for example. Brazil Now is an app that makes use of the Xbox One's Snap feature.

Call up the app while a live match is on and you can see the game unfolding via scores, highlight notifications and relevant tweets in the side bar while you either watch the match live, watch something else or play a game.

You can switch to the match instantly if the app tells you something's just happened - that's pretty damn cool if you ask me. You can also access further supplementary content such as group standings and the match line up.

The app is even worthwhile when there's no match playing thanks to its regularly updated and nice-looking news feed, full tournament info, and the facility to find out more about and follow your favourite team.

"Even if you haven't got the app actually open, it can pop up goal updates over whatever else you're watching or playing on your Xbox One, " says TV expert John Archer. "Brazil Now really is a worthwhile enhancement to the World Cup action, complementing it rather than distracting from it. So if Microsoft can develop similar partner apps for other types of content in the months to come, the hassle of porting your TV through your Xbox might just start to feel more worthwhile."

Until then, OneGuide will be a novelty to tinker and play with rather than a bulletproof feature you can rely on.

For the full lowdown on the new OneGuide features, check out our updated Xbox One review.