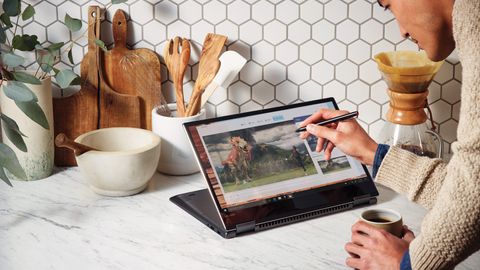 Windows 10 is more secure, reliable and efficient than ever.

With the May 2019 Update, Windows 10 becomes more secure, reliable and efficient than ever before, offering features that will actually save you time and frustration as well as keep your computer protected. Of course, there’s always room for improvement, but Windows 10 is now better than ever and still continues to progress with a host of constant updates.

The Windows 10 is an operating system (OS) like no other. Instead of Microsoft rolling out a completely overhauled OS every few years, it designed Windows 10 to receive semi-annual updates for free. This means that Windows 10 users are only getting more minor updates – yet still very tangible – to the same OS, the most recent of which is the November 2019 Update.

This approach is working out so beautifully that Windows 10 has taken Windows 7’s mantle as the most popular OS, even exceeding 800 million users. On top of the updates, Windows 10 also comes with several different versions much like its predecessors. Each of these versions are designed specifically for different hardware and types of users: Windows 10 S Mode, for instance, locks down the OS and only allows Microsoft Store apps installations while Windows 10 Lite is Microsoft’s early attempt to contend with the best Chromebooks and the ChromeOS.

Windows 10 gets Arch Linux, one of the trickiest distros around

Windows 10 is the most versatile OS today, consistently bringing in new features and support that reach far beyond the traditional PC. And, if you haven’t switched over yet, you should seriously consider it as your next OS, especially with Windows 7 almost at the end of its life.

This review pertains to the Home and Pro versions of Windows 10. For detailed Windows 10 system requirements and the various versions, check out the Microsoft website.

With the Windows 10 May 2019 Update release comes some noteworthy new features and advances – as well as minor yet still appreciated additions – to make your desktop environment even more secure as well as more efficient, giving users an experience that’s even smoother.

There are also a few features that Microsoft is starting to phase out and a handful that Microsoft might completely remove from a future update. But, what’s worth noting now are the best new features in this latest update.

Windows Sandbox
We get it, and Microsoft gets it too. When running a new .exe file from the web, especially if it’s not from a well-known software company, you’re always taking a risk. Users who are more vigilant about their security would typically use a virtual machine so as to prevent harm to their computer if the file turns out to be infected or corrupt. The millions of users who don’t have any idea how to set up this virtual machine, however, would probably just take the risk.

With the Windows 10 May 2019 Update, they won’t need to rely on a virtual machine anymore. Everyone can just take advantage of this nifty Windows Sandbox feature, as it basically constructs a temporary and disposable desktop environment in which they can run that .exe file and test the app they’re installing. Doing so isolates it – and any potential harm that comes with it.

Bear in mind though that Windows Sandbox is only available in Windows 10 Pro and Windows 10 Enterprise.

Experiencing issues with the latest version of Windows 10 you just can't figure out? Check out our guide on the top Windows 10 May 2019 Update problems and how to fix them!

Removing built-in apps
The Windows 10 May 2019 Update also expands on the list of built-in apps you’re able to uninstall, freeing up storage space – or at the very least, letting you squeeze out every ounce of extra space you can get, if you don’t want to pay more on a bigger hard drive or solid-state drive.

The apps added to the list include Mail and Calendar, Movies & TV, Groove Music, Calculator, Paint 3D and 3D Viewer.

Decoupling Cortana and search
Microsoft Search still has quite a way to go, but thanks to the Windows 10 May 2019 Update, at least you won’t need to suffer through Cortana when you’re doing a search in the Windows 10 taskbar, if you’re not a big fan of the feature. This allows you to perform text searches for your most commonly used apps, files and documents, and most recent activities separately from voice queries, giving you the option to choose the approach you would prefer and sticking with it.

Pausing updates
Microsoft is shifting control back to its users, where its updates are concerned. Windows 10 users no longer have to sit through lengthy updates, particularly if their attention is needed elsewhere, as well as choose when and what they want to update. With the Windows 10 May 2019 Update, users can now pause updates, choose when to install the new update and even opt out of it, if they so choose.

Additionally, Microsoft is now putting aside about 7GB of storage space just for Windows Updates. That way, Windows 10 users will no longer need to scramble to free up storage just to download the most recent updates.

Less cluttered Start Menu
One of the most trying aspects – not that there’s a lot – about Windows 10 in general is the amount of clutter it has. Good thing Microsoft is cleaning up its act, at least when it comes to its Start Menu. With this update, all the bloatware will be collected in one section, essentially cutting down the number of pinned apps you’ll see in the Start Menu and giving it a cleaner look.

Sadly, this new menu design is only available to new user accounts and newly set up Windows 10 computers. At least with this update.

Minor changes
On top of these six major changes, the Windows 10 May 2019 Update sports minor ones that users may also welcome. This includes a fresh brightness slider, better Windows Mixed Reality VR support, a passwordless Microsoft Account and Windows 10 login.