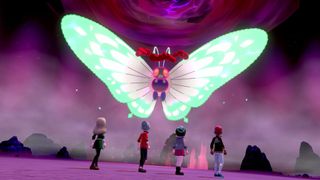 Pokémon Sword and Shield released last week, but already the games seem to have a big bug – and we're not talking about a Gigantamaxed Butterfree.

Highlighted by a thread on Reddit, some Pokémon players say that the Switch games are causing their Roku devices to crash. The issue seems to arise if the Nintendo Switch (or Switch Lite) and Roku are on the same network, ultimately causing certain Roku devices to boot loop.

So, what's going on? Reddit user MazInger-Z, who started the thread, thinks they may have worked it out.

"At some point the Switch begins spamming some sort of proprietary action that one can assume is its attempt to find other Switches playing Pokemon," they wrote. "At that point the Roku that's crashing (this is a Stick HD, we have two Stick+ 4K that aren't crashing) stops talking to the network and enters the boot loop. It seems the Roku is listening to the packet and FUBARs because the packet is proprietary, may look familiar, and tries to read it."

The good news is that Roku is aware of the issue. In a separate Reddit thread about Roku devices boot looping, the Roku Reddit team assured users that it's working the fix the bug.

"We are aware of an issue when using Nintendo Switch and the latest Pokémon game impacting a limited number of Roku devices," the team wrote. "We are working diligently to resolve this issue. In the meantime, turning off your Nintendo Switch or setting to airplane mode should resolve the issue."

What do I do if my Roku device crashes?

For now, the advice (that seems to be working) from both Roku and those experiencing the issue is that you need to turn on airplane mode on your Nintendo Switch when playing Pokémon Sword and Shield. At least until Roku correct the issue properly.

You can also contact Roku via its customer support site.