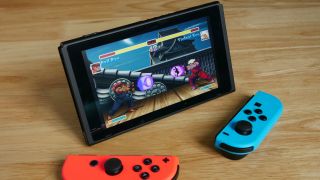 While today's Nintendo news has understandably been dominated by the announcement of the ultra-portable Switch Lite, it appears that the House of Mario is also quietly planning a revision of the original Nintendo Switch's hardware, according to a new Federal Communications Commission (FCC) filing.

As seen in the filing, Nintendo has requested a 'Class II Permissive Change', which if granted would allow the company to make minor changes to the console without having to go through the entire certification process again – this pretty much guarantees the filing has nothing to do with the rumored Nintendo Switch successor.

Nintendo has requested a "Change of SoC type" and "Change of NAND Memory type" in the filing, which, as the company has noted, would mean the "CPU board is changed due to the above two components."

SoC refers to the current Switch's Nvidia Tegra X1 'system on a chip', which houses both the CPU and GPU, while NAND memory is another term for flash storage.

What's currently unknown is whether Nintendo plans to significantly upgrade the components to deliver things like faster loading times or more storage space, or if it's simply looking to reduce costs by employing newer and potentially cheaper parts.

There's also the possibility that Nintendo is looking to bring the original Switch in line with its new Switch Lite, with is said to feature a "more power-efficient chip layout" according to The Verge.