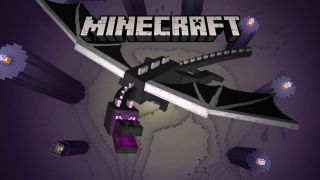 A major update is incoming for the Windows 10 and Pocket Edition versions of Minecraft, bringing with it the ultimate block-based boss bash – a fight against the Ender Dragon.

The Windows 10 Edition beta and Pocket Edition will reach version 1.0 with this soon-to-be-released update, which will introduce the final dimension of The End, the scary void which plays host to the aforementioned Ender Dragon (as well as Endermen and Shulkers).

As Mojang notes, the boss beast represents a tangible end-game goal (literally) for survival players – although you can of course still keep on playing after you’ve vanquished the foe.

Aside from The End, there’s another big change coming to version 1.0 with the developer increasing the maximum height of the world to 256 blocks. Much taller buildings are coming, then…

And Mojang also revealed it’s introducing the Elytra, an item which is a pair of wings that allow you to glide around the world.

There are a lot more features coming besides, the developer promises, although these are the only ones mentioned at this point.

Mojang also clarified that version 1.0 doesn’t mean it’ll stop cramming features into the Windows 10 incarnation of Minecraft, and we can expect plenty more new stuff down the line.

Oh, it’s also worth noting that this is the version which the Apple TV Edition will ship with upon release.

How long do you have to wait for The End to begin? Windows 10 and Pocket Edition players can expect to see it before the year is out, with v1.0 currently available to beta test on Android if you sign up to partake.

Recently, we saw the Windows 10 Edition beta get bolstered VR capabilities with Oculus Touch support, not to mention add-ons which take customization of the game to a whole new level.

The start of November also saw the introduction of Minecraft: Education Edition, the education-flavored variant of the game which can be played in the classroom – we’ve got a full guide to what it’s all about right here.