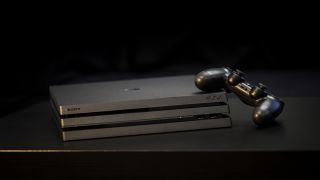 The main draw of the PS4 Pro console is that it can take advantage of the latest 4K and HDR screen technology; however, some users have been reporting that their new consoles aren’t working with their 4K TVs and it seems that the fault lies with the console’s latest software update.

Though the PS4 ships running firmware 4.0, this isn’t the latest version as Sony released a small update in October called version 4.05. When users get their consoles up and running, they’re prompted to update to this latest version of the software but unfortunately there’s something not quite right with it.

According to Polygon, Reddit user Bravo514 took to the PS4 subreddit to report their issue, saying that when they first started the console “it booted up in beautiful 2160p.”

Then, once they had updated “no signal. I thought my Pro was fried.” A variety of other users replied saying they’d also experienced the same problem after updating the console’s firmware.

A link between all of the users experiencing this problem is that they’re using older (read: pre-2016) TV models. The original poster in the Reddit thread for the issue updated reporting that they had found a workaround for the issue and posted a step-by-step guide of their solution:

If this doesn't work for you, the user suggests trying the same steps "a couple more times." Persistence is key.

Bravo514’s solution suggests that the problem here lies with HDCP, the digital copy protection software built into the HDMI connection between the console and the TV. When the PS4 launched it supported HDMI 1.4, but to support HDR the copy protection has to have been updated to 2.0a and 2.2 respectively. To run HDR and 4K content at 60 frames per second, HDMI 2.0a and HDCP 2.2 are required.

If that sounds confusing then you're completely right. Like the move from SD to HD before it, the move to 4K/HDR has created a huge array of confusing hardware combinations, which have been exacerbated by companies not being entirely clear in their marketing.

If you’re thinking of buying a 4K TV and you’re worried you’ll face a similar problem to this, there are a few things it’s worth looking into before purchasing.

As we’re moving between these different display requirements, TVs now have both HDMI 1.4 and HDMI 2.0a ports so users should check, firstly, that their TV has enough of these new ports and, secondly, that they’re using the correct HDMI port.

It’s also worth checking that you don’t have to change your TV’s out-of-the-box colour settings to start making use of HDR.

A big problem with Bravo514’s solution is that disabling the PS4’s HDCP will mean that many video streaming apps including Netflix and Amazon instant video won’t launch. If users do switch their console to the HDMI 1.4 port where HDCP is still switched on just to watch these services, they won’t output 4K.

The fact that this problem arose after so many PS4 Pro owners updated to the console’s latest firmware points towards this being a problem that Sony has to fix, though we still hope that TV manufacturers are looking into their own firmware to make sure there isn’t a problem there.