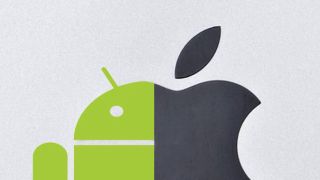 Google has name-checked rival Apple as it defends itself against the European Commission's investigation into alleged anti-competitive practices focused mainly on Android.

In an argument that is likely to be perceived as finger-pointing, an official blog post from Google has made it pretty clear that it feels its key competitors are using similar mechanisms.

"[We] help manufacturers of Android devices compete with Apple, Microsoft and other mobile ecosystems that come preloaded with similar baseline apps, wrote Hiroshi Lockheimer, VP of Engineering, Android on the Google blog.

Not a private club

"...remember that these distribution agreements are not exclusive, and Android manufacturers install their own apps and apps from other companies as well," he continued.

"And in comparison to Apple—the world's most profitable (mobile) phone company—there are far fewer Google apps pre-installed on Android phones than Apple apps on iOS devices."

It's a tried and tested argument in the region of "everyone does it" but Google clearly believes that it has a good case should the EC push on with sanctions.