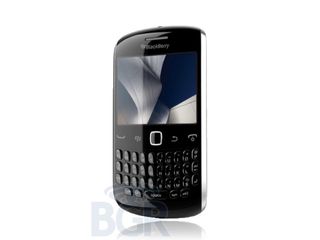 In the second high-profile BlackBerry leak of the day, we've caught a glimpse of the next generation Curve handset codenamed Apollo.

The mid-range, candy-bar handset, which will likely replace the Curve 8520, has arrived boasting a respectable spec-set including a 480x360 HGVA screen and a five megapixel camera with a flash.

In what is scheduled to be an aggressively priced device, there's also NFC communications technology, tri-band HSPA connectivity, 802.11 b/g/n Wi-Fi and Bluetooth 2.1.

Best of all perhaps, the handset unearthed over at BGR is just 11mm thick. There's no details yet on pricing or release schedules, but we'd expect to see it in the flesh at next month's Mobile World Congress in Barcelona.

Earlier today we got our first glimpse at the BlackBerry 'Dakota' device, promising a touchscreen and a full keyboard on a candy-bar handset for the first time.