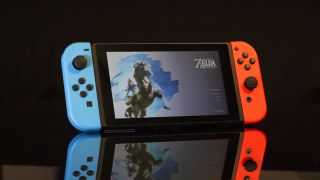 The Nintendo Switch has barely been on sale for a year, but it's already outsold the company's previous console, the Wii U.

Impressively, this means the Switch has sold more units over an 11 month period than the Wii U managed in the five years it was on sale up until December 2017.

There's no one single element that's created the Switch's remarkable success, but rather a full package that's brimming with excellent gaming experiences.

Top of the list of achievements should be the first-party exclusive games released for the system over its first year. It launched alongside The Legend of Zelda: Breath of the Wild, received an excellent Mario Kart remake within its first two months, and a top-tier Super Mario game in the form of Super Mario Odyssey.

But the hardware itself has also played its part. The ability to use the console as a handheld or a console is seamlessly integrated, and its unique two-in-one controller design adds yet more appeal.

All of this has meant that third-party publishers have given an unusually large amount of support to the console that previous Nintendo consoles have lacked. Indie developers have lead the charge in this respect, with recent hits including versions of Stardew Valley, Overcooked, and Super Meat Boy acting as three fantastic examples.

The one part of the Nintendo Switch equation that feels completely undercooked at the moment is its online service. After announcing a paid service alongside the console, Nintendo has continued to delay its full release and the bits that have emerged have been pretty underwhelming so far.