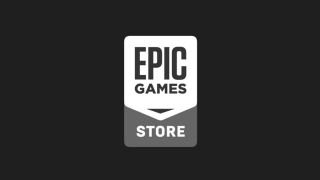 There haven't been many stores that have been met with such fervor and controversy as the Epic Games Store. But no matter how much the haters shout from the rooftops, the storefront continues to rake in the cash.

The online game outlet brought in a mind-boggling $681 Million from PC gamers in 2019, according to an infographic sent out by Epic Games. We're guessing that's not as much money as Valve brought in through Steam (though a report from developer No More Robots does hint that Steam sales might be seeing a big decline).

Epic's sales number is even more impressive when you remember that it was giving out free games throughout 2019. In total, Epic gave away 73 free games last year, and those games have been downloaded more than 200 million times. So it's no surprise that the Epic Games Store is sitting pretty at 108 million users right now.

It doesn't seem like it's going to be slowing down any time soon, either. Epic has announced that its free game program will be continuing throughout 2020, which should attract even more users to the platform. This will of course also be buoyed by the continued strategy of exclusivity that Epic has been using for a while now. It has definitely been a controversial move, and one that we here at TechRadar don't necessarily approve of – but it's hard to deny that it's working when you look at the numbers.

Epic already has several exclusive games lined up for 2020, too, including Predator Hunting Grounds and Godfall, though none that are as big as Borderlands 3. That could change, however, and we'll have to wait and see how much bigger the Epic Games Store can get in 2020. If things continue the way they have been, Epic could be knocking on Valve's door to become the biggest digital distribution gaming service around.