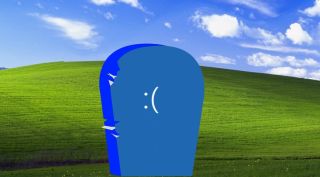 Times are tough for the once-ubiquitous Windows operating system, and following a recent email from Microsoft CEO Satya Nadella outlining the company's new structure, which for the first time since the 1980s won't include a dedicated Windows division, some people are speculating that Windows could be declining in its importance to the company.

Back in the 1990s and even the early 2000s, when Windows was the world's dominant operating system, the idea that Microsoft might be moving away from the software that made its name would have seemed ridiculous.

And, while we can’t envisage a Windows-less world just yet, as there’s plenty of life left in Windows 10, there are a number of compelling reasons why people are wondering what the future holds for the operating system.

Oh, Windows division, where art thou?

The event that has sparked this latest round of Windows speculation was Nadella's email titled 'Embracing our future: Intelligent Cloud and Intelligent Edge'. The email laid out Nadella’s vision for Microsoft, and many people read it as suggesting that he was preparing the company for a post-Windows future.

The email announced a reorganization of Microsoft, which isn’t in itself particularly  newsworthy, as the company has gone through four big reshuffles in the past five years alone. What is interesting about this reorganization is what it says about Windows – or, more importantly, what it doesn’t say.

Nadella‘s email announced the departure of Terry Myerson, who was formerly Windows chief. Meanwhile, the bulk of Windows development is now handled by the cloud and AI team, while another team, called Experiences & Devices, will handle ‘Windows experiences and will drive Windows innovation in partnership with the PC and device ecosystem’.

Gone is the ‘Windows and Devices Group’, which used to focus solely on the Windows OS and Windows devices. Now, with Experience & Devices, Windows is nestled alongside Microsoft’s Office and Surface products. These are undoubtedly two of the company’s most important properties, but it was often felt that Windows was far more important than either of them. Now, it doesn’t seem that way.

Meanwhile, a lot of emphasis in that email was placed on cloud technologies and artificial intelligence, which appear to be Microsoft’s main focus for the future. Sure, Windows can – and will – be part of that vision, but it won’t be the vision. For some people, that appears to be a significant downgrade.

The rise of Android

Windows is still an incredibly popular operating system, but the stark truth is that it isn’t as popular as it once was. In November 2017 Nadella announced that 600 million devices run Windows 10, which is an impressive figure, but unless Microsoft has been able to get Windows onto 400 million additional devices since then it means it would have missed out on its admittedly ambitious goal of having one billion Windows 10 devices by 2018.

Also, according to Microsoft’s own Windows and Microsoft Store trends website, those 600 million Windows 10 devices accounted for 45% of all Windows devices in November 2017, which puts the total number of Windows devices at around 1.3 billion, a fair bit lower than the 1.5 billion Microsoft touted a few years ago.

So this could point to a decline in Windows devices, which is worrying enough on its own without the added pressure of Window’s rivals gaining in strength. Back in 2016 it was announced that there are now over 1 billion active Apple devices, and that number is pretty likely to have risen since.

Meanwhile, Windows is no longer the most-used operating system in the world, with Google’s Android now comfortably in the lead with over two billion monthly users.

While Microsoft may be able to take solace in the fact that Windows is still the dominant operating system on desktop and laptop devices, its inability to make Windows a viable operating system for smartphones has cost it dearly.

The fall of the PC market

While Windows is still the predominant operating system on traditional PCs, the news there isn’t too rosy either, with sales of PCs dropping by around 2.7% in 2017, and a major analyst firm suggesting that things could get worse, with shipments predicted to fall by 4% year-on-year in 2018.

With desktop and laptop sales slowing down it’s no wonder that Microsoft is looking elsewhere, particularly to cloud computing and AI. So, while Windows is relatively safe for now – Microsoft is in the process of preparing to launch the next major update of Windows 10, the Windows 10 Spring Creators Update – it will need to adapt to survive.

It looks like Microsoft is preparing to do that, but as its past efforts have shown, getting Windows onto mobile devices isn’t an easy process, and that's something the company will need to crack if PC and laptop sales continue to decline – if it can't, then Windows' time could indeed be running out.