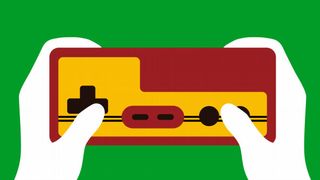 But will it be as good as the NES? Probably not

Nintendo isn't letting its financial woes grind it down: the company has confirmed that it will have a new console out next year.

But instead of going after you high-end gamers who've already upgraded to Xbox Ones and PS4s, the next Nintendo is going to be aimed at those with lower incomes and less gaming experience, intended to be sold in emerging markets like China and India.

Neither of Nintendo's current consoles - the Wii U and Nintendo 3DS - are on sale in these countries, but they could be the answer to its ongoing troubles caused by the rest of the world roundly ignoring the Wii U.

Itsa me, desperately scrabbling for ways to make money

As well as hardware to suit these emerging gamers, the company is also working on new software - as CEO Satoru Iwata explained to Reuters, "It would be difficult to enter those markets if we didn't create something new."

Whether these cut-price Nintendo consoles will also go on sale in the UK, US or Australia, we don't know - but we should be privy to some new "high-tech figurines" of popular Nintendo characters that can be used to interact with games before 2014 is out. So there is that.