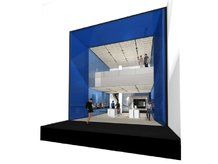 Nokia's long-mooted plans to expand into the netbook market has taken another step closer to confirmation after reports have come in of an impending deal with a manufacturer.

Digitimes has reported that Nokia is in talks with the Taiwanese Elitegroup Computer Systems (ECS) to manufacture the Finns' own brand netbook, which could debut as early as this year.

The talks between the two companies are set to be completed within the next two months, meaning that Nokia's next-gen device could be on the near horizon.

Nokia has previously confirmed that it is looking to move into the laptop market, as the gap between phone and computer narrows.

Chief Executive Olli-Pekka Kallasvuo confirmed to Finnish TV that the company was looking to make the move, stating "We are looking very actively also at this opportunity," when asked about a possible Nokia netbook.

Nokia's advantage in the netbook market would be the ease of adaptation from its current mobile phone supply line, where it would be able to use existing research and distribution deals to release the netbook.

And as Kallasvuo pointed out, as the gap between the mobile phone and the computer narrows a lot of internal components would be similar between the two devices, thus further giving Nokia a competitive edge.