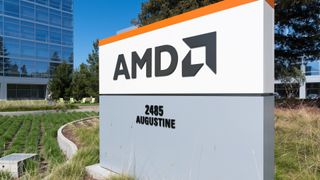 If you bought AMD’s Bulldozer or Piledriver processors while living in California, or you bought directly from the AMD.com website, then you can now submit a claim to get $300 for each processor you bought.

This follows AMD agreeing in August to pay  $12.1 million to settle a long-running false advertising lawsuit concerning its claim that its FX Bulldozer was the “first native eight-core desktop processor” in adverts.

If you bought one of the following processors either in California or via AMD.com, then you may be in line for a payout:

These were sold between 2011 and 2013. If you meet the criteria, you should submit a claim via the AMD CPU Settlement website by January 3, 2020.

So, if you have bought one or more of those CPUs and meet the requirements, how much money could you expect to get?

As The Verge explains, you likely won’t get the full $300 per chip, as the more people who submit a claim, the less money each person could receive. It’s also worth remembering that lawyers, plaintiffs and admin costs will all chip away at that $12.1 million.

Still, if you bought one of the processors in the right circumstances, it’s still worth putting in a claim. You do not need to have proof of purchase to make a claim unless you are claiming for more than five CPUs.

On February 20, 2020, the court will hold a final fairness hearing to decide the final terms of the payout.