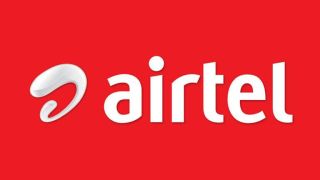 In the wake of rising competition in the mobile industry, Airtel has decided to up the ante somewhat with its postpaid Infinity plans. The pricing for these plans started from Rs 1,199 previously, but now start from Rs 549. This plan will give users unlimited local and STD calls with roaming, 100 local and STD text messages per day, 3GB of data for 4G customers and 1GB of data for 3G subscribers.

The second Infinity tier costs Rs 749 and the only difference here is the increase in usable data. The rest of the benefits remain the same. 4G handsets will get 5GB of data to use, while 3G customers will only get 3GB of data. Airtel has also updated the features of its older and more expensive Infinity plans priced at Rs 1,199, Rs 1,599, Rs 1,999 and Rs 2,999. These plans come with 10GB, 15GB, 20GB and 30GB of usable 4G data. Interestingly, Airtel only offers more data for 4G handsets, urging 3G customers to switch to faster networks.

The carrier used to offer the same amount of 3G and 4G data, but that doesn’t appear to be the case anymore. These aforementioned plans also come with subscriptions to Wynk Music and Wynk Movies.